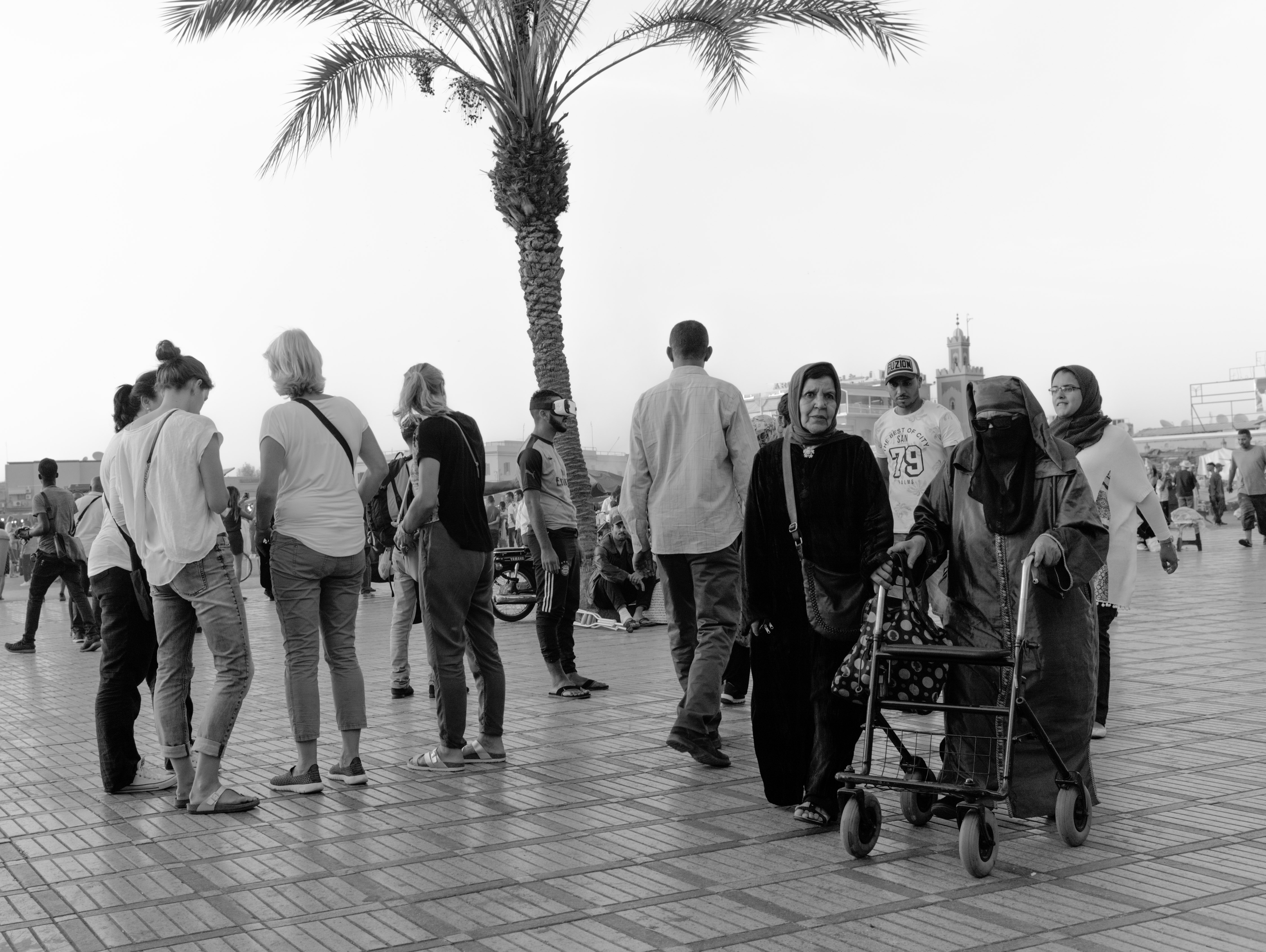 A city of culture mix.

Marrakech is a mix of cultures and religions, but in a friendly way as long as one treats each other with respect.

This was one of these moments when everyone is in the right place – the tourists, locals, and the guy with the goggles in the middle.

Looking at the settings, it feels like this was an opportunity that occurred without any option to change them. Hence, it ended up requiring substantial post-processing.

Since the shot was taken with a far from optimal setting, I had to deal with an underexposed image due to the dominating sky in the image. In this case, I began with deciding that even with a better starting point I wanted to lighten the darker mid-tones (25-50% of the tone curve), hence I went for the Polaroid 664 (Affinity) emulation with exactly that effect. However, I also applied an auto-toning with Exposure +1.14, Contrast +7, Shadows +37, Whites +7 and Blacks -10, but it actually reduced the Highlights – 70 resulting in the gray sky. So I increased the Highlights to +72 to obtain a whiter sky without blowing them. It’s worth noting that this image is really dependent on a well-calibrated monitor since otherwise, it will either end up with a too gray or white sky.