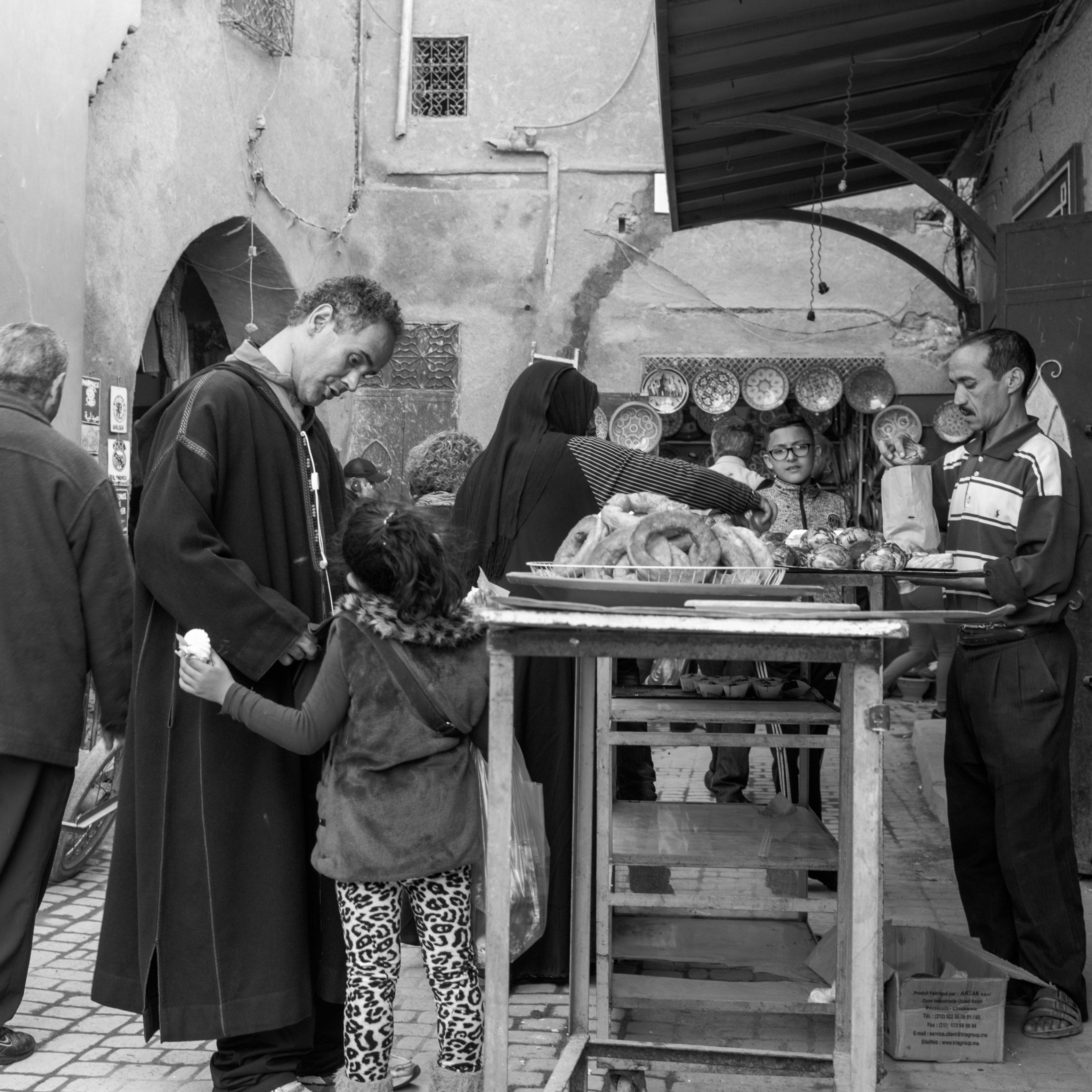 Sweets are always tempting, wherever you are.

Wherever you’re in the world there are temptations, like the buns sold out of a hole in the wall at a small street in the Medina of Marrakech. The man is wearing a traditional djellaba, which is like a coat with a hood that can be used for carrying things, and it doesn’t mean that has any kind of religious status. Hence, this garment is not to be seen as the ones used by monks or priests.

Yet another photo from the hip, and as always difficult to nail the focus.

This is shot where I could have done much better than the used settings, by increased ISO and smaller aperture to gain at least a few meters more depth of field.

The original has most probably a rather good exposure, but by the Kodak T-Max 400 (Affinity) emulation I slightly reduced it for the lower 25% of the tone curve and increased in even less for the upper 50-75% of the scale. However, by this, the djellaba and the trousers of the seller lost much of their structure. Hence, I applied an automatic tone, thereby slightly increasing the overall Exposure (+0.49) and Contrast (+6), as well as increasing Shadows (+51) and Whites (+22) and reducing the Highlights (-65) and Blacks (-22). By this, we retained structure in the garments. An obvious question is if there is no emulation that would result in a similar effect, but none was able to give the same punch softness at the same time as this enlargement setting.

The image is a square cropping since the shot angle was so wrong that it required an Angle adjustment of 5.56,

This image can also be found at Instagram and Fotosidan.